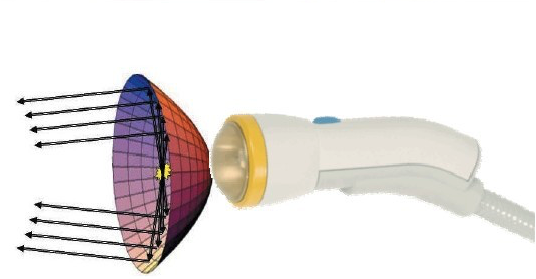 Low intensity extracorporeal (i.e., outside the body) shockwave therapy (LiST) is an exciting new treatment that has gained rapid acceptance over the past decade. It has been commonly used Internationally and in the United States since 2015. Patients are usually treated in the office setting once or twice a week for 4 to 10 weeks. The device applies a low-intensity acoustic shockwave to the surface of the penis using an ultrasound gel as the coupling agent.  LiST appears to have minimal side effects and is well-tolerated without any anesthesia. It has not received U.S. Food and Drug Administration (FDA) approval for treatment of erectile dysfunction, penile curvature, penile pain or low testosterone. Several devices have received FDA approval for the treatment of plantar fasciitis, lateral epicondylitis and diabetic foot ulcers. The device I use, the Urogold 100 MTS, has been FDA cleared for pain amelioration, connective tissue activation through improved blood flow,, wound healing and is considered a device with a non-significant risk to humans. Most of the current research with LiST for men’s health issues has been directed towards erectile dysfunction. A few studies have evaluated the use of LiST for penile curvature, prostatitis and low testosterone. In this post I will discuss the history of liST. In upcoming articles I will discuss the physics of List, the mechanism of action of acoustic shockwaves and LiST in the treatment of male sexual function.

In the 1980’s extracorporeal shockwave therapy was introduced for treatment of kidney stone disease and rapidly became the standard of therapy. Energy levels required to break up renal calculi were high and in the range of 90Mpa (Figure 1: modified after Dornier MedTech Systems Wessling, Germany).

In 2010 Vardi et al first showed in a pilot study significant improvement in men with vasculogenic erectile dysfunction (ED) treated with low-intensity shockwave lithotripsy (LiST) using a energy of approximately 10Mpa. He then published in 2012 a randomized, double-blind, sham controlled study) again demonstrating significant improvement in erectile function in men treated with LiST.  Since then LiST has gained popularity for the treatment of erectile dysfunction (ED) both internationally and in the United States. This has been bolstered by several high-quality and randomized studies supporting LiST’s efficacy in treating ED, and in some cases reversing ED.  LiST presently does not have FDA clearance for use in the management of erectile dysfunction, penile curvature, penile pain, pelvic pain or low testosterone and is considered an off-label use of the various marketed devices.

For additional information please see the an in-depth article or schedule a courtesy consultation to discuss if LiST is appropriate for you.

Hot of the Press! Third Edition of Practical Urological Ultrasound