Fertility Preservation and Gender Transition: The Decision to Bank Sperm

Fertility Preservation and Gender Transition: The Decision to Bank Sperm

The desire to have children is common among individuals transitioning with 38% of respondents of the National Transgender Discrimination Survey indicating they are parents1. A Belgium study surveyed 121 patients transitioning and found that 40% would want children and that half of these would like a biologic child2.  Also in this study, 77% of 101 trans women wanted the professionals treating them to discuss fertility options with 51% stating that they would have cryopreserved sperm, or at least seriously considered this, if it had been discussed.

The World Professional Organization for Transgender Health (WPATH, http://www.wpath.org) first developed the Standards of Care for the Health of Transsexual, Transgender, and Gender Nonconforming People in 1979. However, it wasn’t until 2011 that they introduced specifics on the Reproductive Health needs of transgender people3. In the current WPATH Standards (http://bit.ly/2msEoQl) they recommend that prior to the initiation of therapy fertility preservation options are discussed, even if the person is currently not interested in future fertility.

Ideally, sperm should be collected before hormones are prescribed. However, it is possible in male to female transitioning that stopping feminizing hormones might provide a window to retrieve sperm. Even in the individual who does not have sperm in the ejaculate, or cannot produce an ejaculate, the potential for sperm retrieval and banking is possible with other modalities. Testicular biopsy with banking of tissue excised during the procedure can be used for conception with in vitro fertilization (IVF) couple with single sperm injection (ICSI). In addition, a recent study4 found normal spermatogenesis in 24% of testes removed at the time of sex reassignment surgery for individuals on long term estrogen therapy.  This suggests that banking of testicular tissue may still be possible in 1/4 of patients treated with long term hormonal therapy.  However, it must be noted that 75% of patients treated with long term estrogen therapy did not have sperm in the ejaculate or on biopsy.

At one fertility clinic511 patients were referred for sperm banking between January 2010 and May 2014. Nine of these patients banked sperm for future potential use. During this 52 month period, 1 couple used the stored sperm, which resulted in a pregnancy. It should be noted however, that the mean age of the patients preserving sperm was 26.5 years of age which might account for the low usage rate of the banked sperm during this study. What was interesting in this study is that there was an increase in yearly referrals to their clinic over the 4.3 years they collected data. However, they found that referrals remained low which they postulated was due to both cost of sperm banking as well as lack of awareness that fertility preservation was an option.

Unfortunately, the reproductive needs of transgender individuals are still largely unmet6. Hopefully, this will be changing as more health professionals provide much needed information on reproductive health to individuals undergoing gender transitioning. 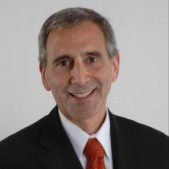